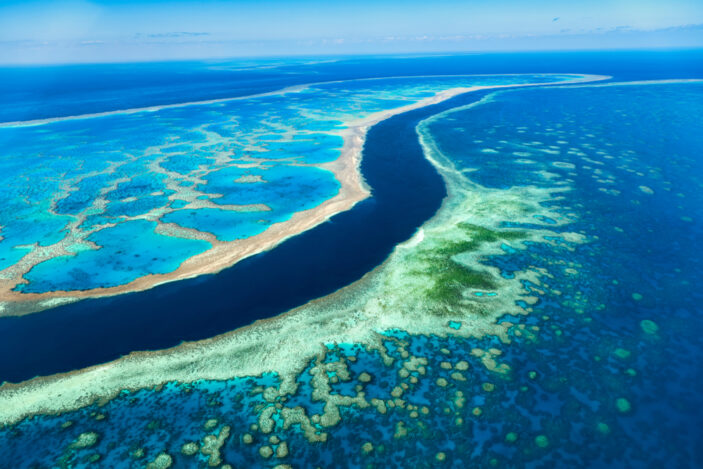 If you tuned in last month, you may have read the first part of our “Amazing Facts About the Great Barrier Reef” series – if not, click here.

We wanted to talk about the Great Barrier Reef and not just because it’s one of the most popular attractions in the entire world, but also in honour of World Reef Awareness Day which is on June 1st.

If you haven’t read our first piece, you might not know too much about World Reef Awareness Day – it is a new celebration that intends to raise awareness among businesses, communities and the public about the fragility of coral reefs and their biological systems all over the world.

The aim is to create conversation which will hopefully lead to ideas and techniques that may help us reduce the human impact on these extremely important ecosystems.

Reefs, including the Great Barrier Reef, are important for humans, animals and the environment. They help us research various scientific and medical projects, and they provide shelter and food for all sorts of marine life. Without this marine life, the world as we know it would not survive.

So, let’s put our learning hats on and find out more about the Great Barrier Reef.

The British explorer discovered the Reef when his ship ran aground on it in 1770. Though in 1768, Louis De Bougainville, a French explorer, almost discovered it. Instead, he found a reef just to the east of the Great Barrier Reef on his journey from South America.

And while Captain Cook is credited as discovering it, it was Matthew Flinders, the first person to circumnavigate Australia, who actually named it the Great Barrier Reef.

While the Reef was discovered a mere 250 years ago, it is estimated to be roughly around 500,000 years old.

While this is pretty old by human standards, it’s considered to be quite young compared to other geological elements of the world, for example, the Grand Canyon is believed to have been carved around 6 million years ago. 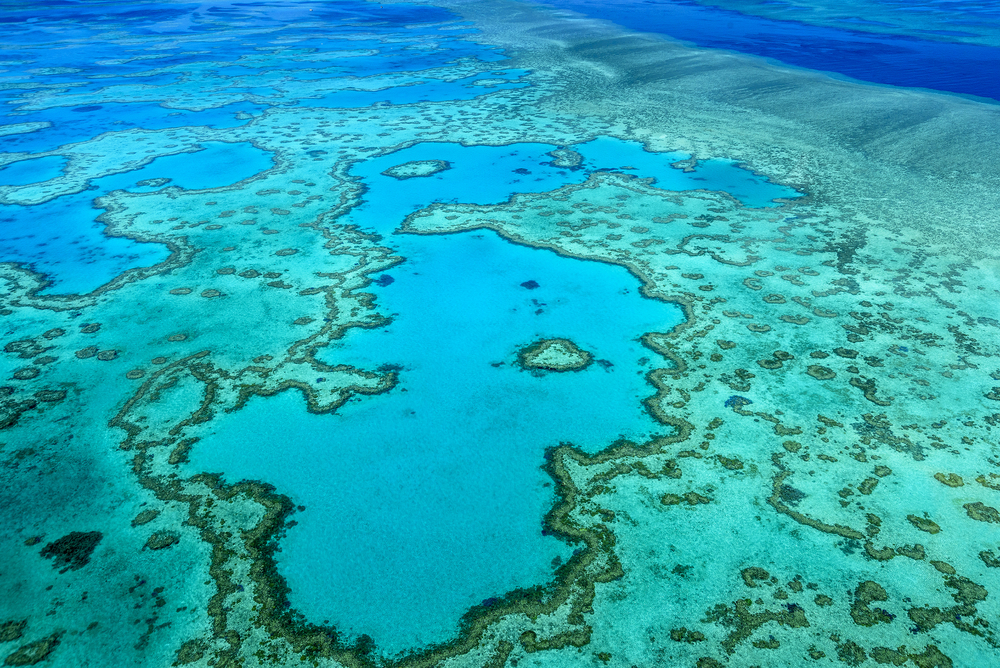 Humans have always been fascinated by the amazing sites and beauty present in this work. In fact, going all the way back to 484BC, there are records of lists having been made of seven wonders of the world by Greek historians.

Various versions of these lists have been created over time, and in 2007, a modern list of the 7 natural wonders of the world was voted on and the Great Barrier Reef was selected as one of these wonders.

In order for something to be considered a natural wonder of the world, it must be a natural site or monument that was not made or altered by humans.

Interestingly, it is said that the number seven was chosen because for the Greeks, this represents perfection and plenty, and also coincided with the number of planets, including the sun and moon that were known in ancient times.

One of the most well-known legends about the Reef comes from the Yindinji people – an Aboriginal Australian clan from Far North Queensland.

The story of how the Reef began is that two brothers were sent out to fish, with the instruction of not killing a sacred fish. Unfortunately, one of them did kill the sacred fish and the consequences were dire. The killing of the fish led to the elements being angered, which meant that lava was sent from the sky into the water. This lava caused the ocean levels to rise, which destroyed everything in its path and created the Great Barrier Reef.

Coral and coral reefs are often mistaken as being either rocks or plants. This common misconception is because coral can be hard, like rocks, and also because they take root to the sea floor, in a similar manner to the way a plant takes root.

A coral reef is actually built by many thousands of coral polyps, which are invertebrates.  They secrete layers of calcium carbonate from underneath their bodies to create an exoskeleton. This then serves as a foundation for baby corals to settle upon and continue the process. 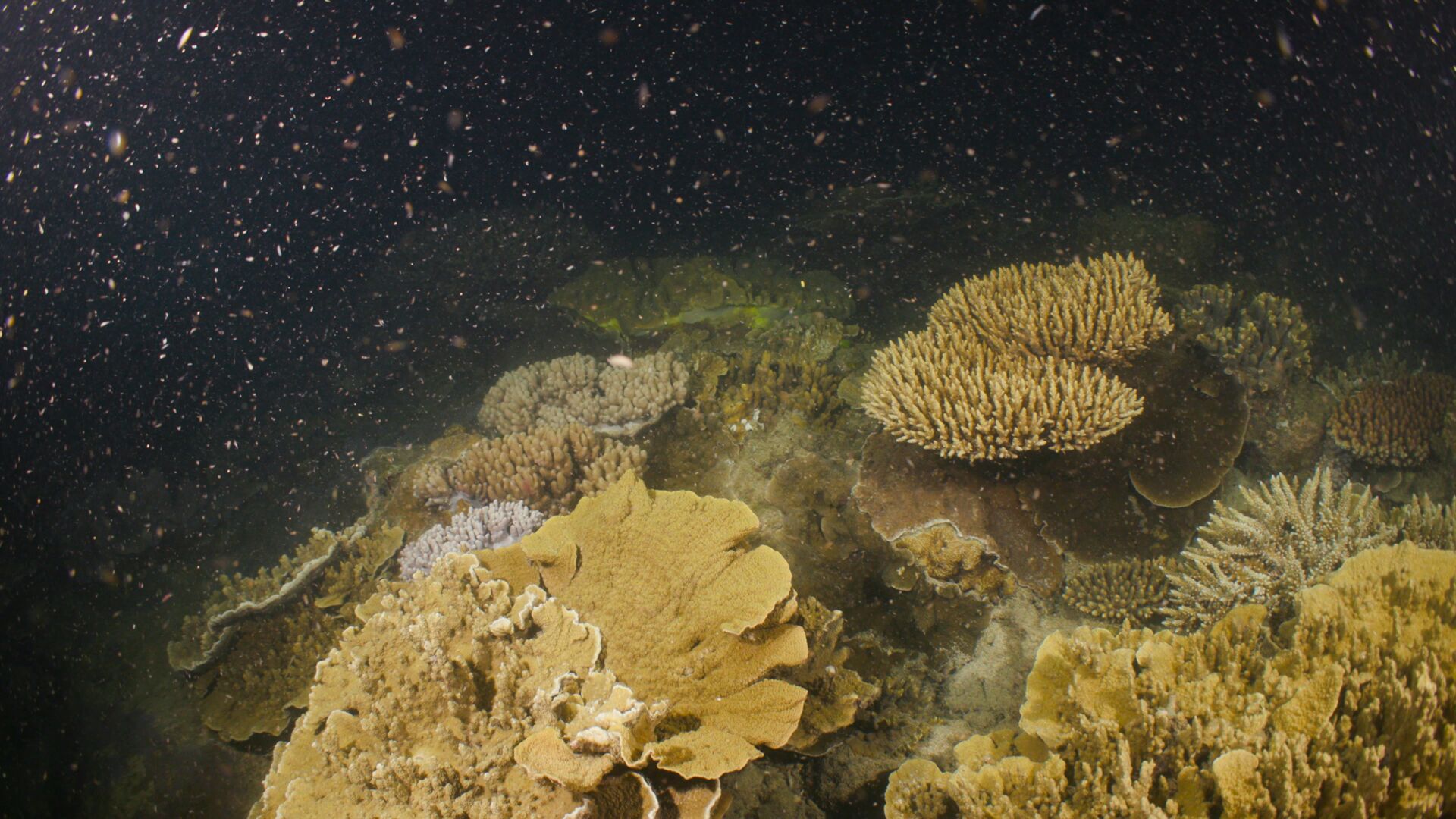 Every year, an incredible mass spawning event naturally occurs. All sorts of coral species simultaneously release sperm and eggs into the water for fertilisation. While multiple species release their sperm and egg, for them to reproduce successful, each bundle must find another from it’s own species.

The process is a totally natural phenomenon and only happens at night. At the Great Barrier Reef, it usually occurs around November or December, though it may occur at different times at the inner reefs compared to the ones further out.

Having been likened to a snow globe in appearance the coral spawning process is dependent on water temperatures and usually follows a full moon.

While the Reef is Heritage Listed and protected it is still highly vulnerable.

A lot of the reasons the Reef is in danger is because of human actions.

Things like coastal development, pollution and global warming have all contributed to harming the Reef, with 50% of the coral having been lost since 1995.

One of the biggest threats to the future of the Reef is the coral bleaching. Coral bleaching occurs when the corals are stressed. The major stressors for the coral are changes in conditions, like water temperature, light and nutrients.

Coral bleaching is mostly attributed to rising ocean temperatures caused by climate change, as well as pollution and overexposure to light. 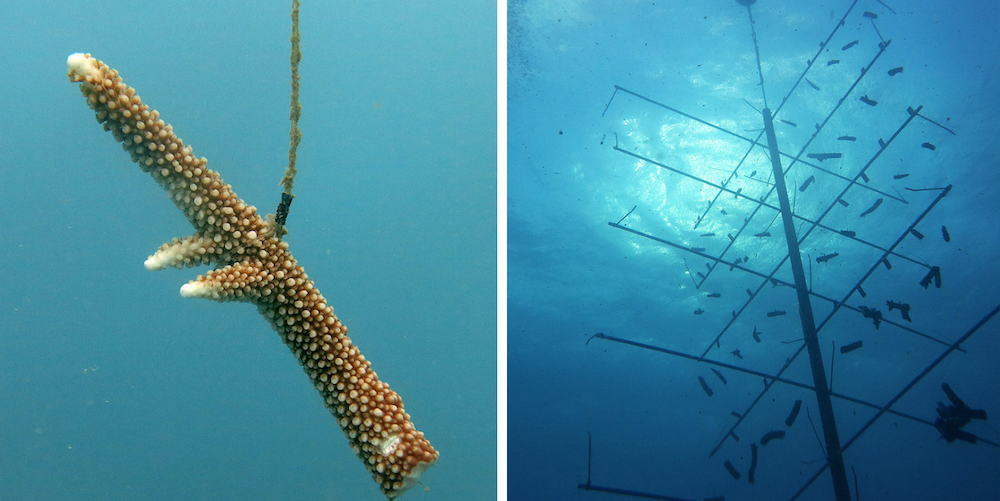 While the Reef does face major dangers, there is a lot of great work being done to ensure its survival.

Fitzroy Island is home to offshore coral nurseries that are used to grow and develop new corals. These new coral are grown from small samples of healthy corals collected from the reef. The corals are able to grow at a faster rate in the nurseries than on the Reef. And every 6 to 12 months, cuttings are taken from the growing corals in the nursery and replanted back into the Reef.

You can learn more about the reef restoration efforts here.

Coral reefs have been the basis of many scientific and medical research breakthroughs.

Coral reefs play an important role in medical research because they have evolved to be able to protect themselves and survive in pretty harsh and dangerous conditions.

Corals are stationary animals, which means their defences are somewhat limited. Over time, they have developed a chemical defence that protects them from predators, and it’s this natural defence chemical that scientists and researchers are so interested in.

The behaviours and chemicals of corals have led to important treatments having been developed for illnesses such as cancer.

Coral reefs could end up being the cure to a variety of different illnesses in time.

The vast size of the Great Barrier Reef means that there is just so much to see and explore. You can see it from high above or down below, with flights, sailing, swimming, snorkelling, stand up paddle boarding, scuba diving and in so many other ways.

If you come see us here at Fitzroy Island, you can see parts of the Reef right from our shores – we have coral gardens of the Reef only metres from the shore. From our shores you can take glass bottomed boat rides, snorkel, swim, scuba and even visit residents of the Reef at the Cairns Turtle Rehabilitation Centre here on the island. 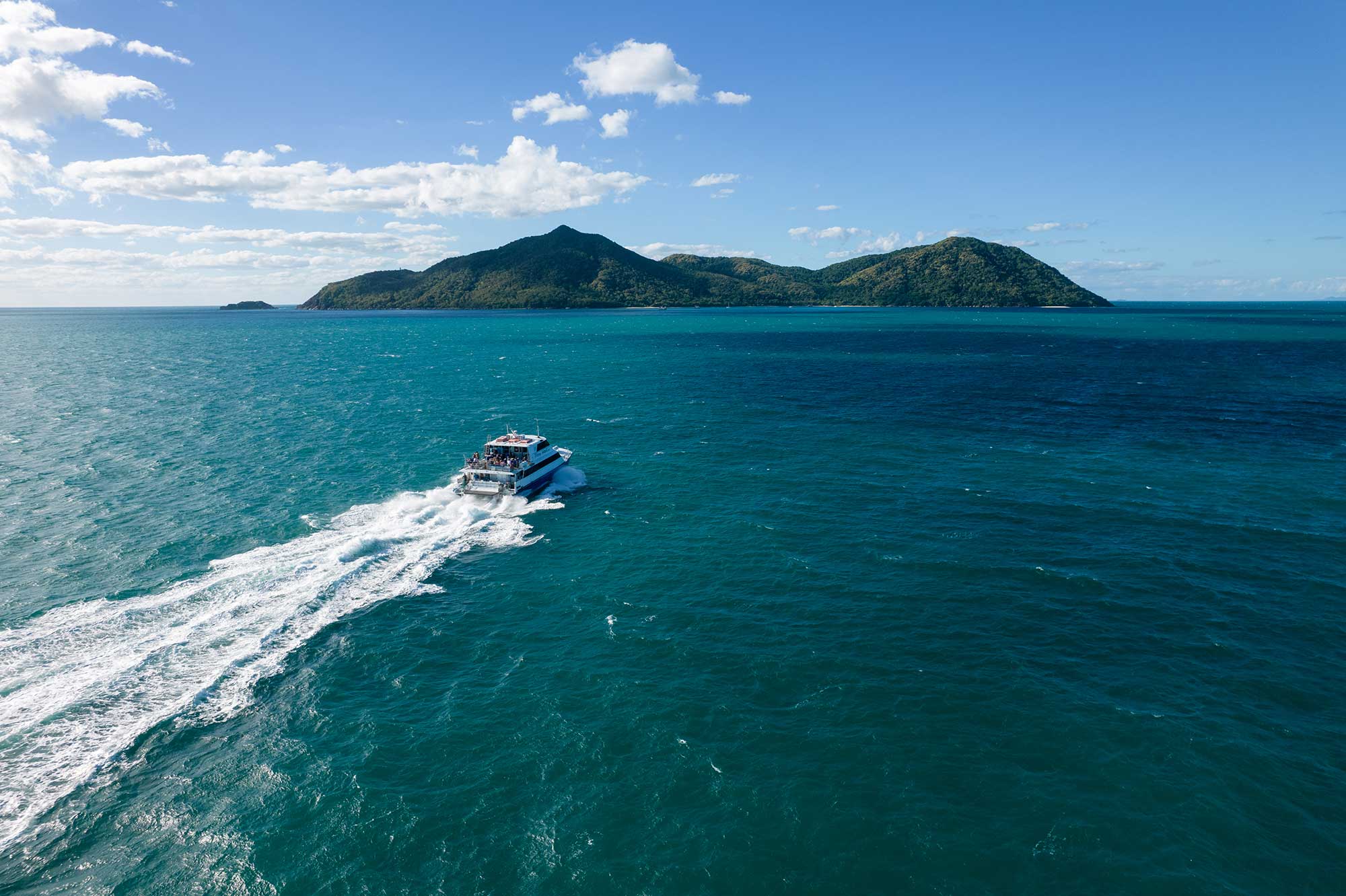 If you want to explore the incredible world of the Great Barrier Reef, why not spend some time with us here on Fitzroy Island? You can celebrate the majesty of this natural attraction right from our tropical island shores.

With accommodation for all budgets and styles, heaps of activities and experiences for people of all ages and incredible beauty as far as the eye can see, Fitzroy Island is an awesome place to discover the Reef from.